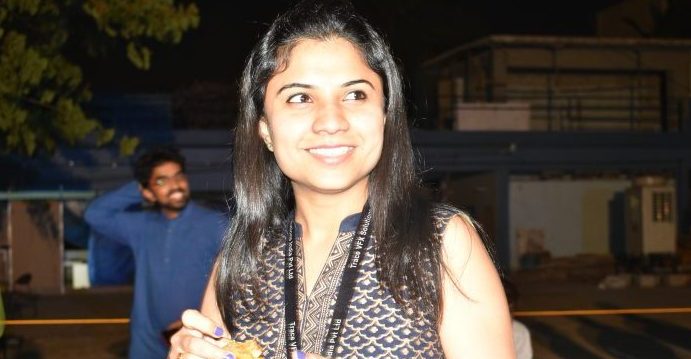 It brings us great joy to watch members of our team grow. The subject of this edition of Meet the Tracers, Pooja Lanjekar, shows that hard work often leads to great results.

After growing up in Thane and attending Mumbai University, Pooja joined Trace in January of 2014 as an Animator. We quickly realized that she was going to achieve big things. Over the years, she focused on building valuable skills, including leadership and time management. Before you knew it, she was being promoted to our Rotomation Lead.

“Getting promoted was a big accomplishment for me,” said Pooja. “It was by far one of my favorite memories of working at Trace!”

But that’s not all Pooja has accomplished at Trace. She was recently named Trace’s Beast Lead, an award given each year to the leader at Trace who shines the brightest.

Outside of work, Pooja loves finding ways to relax by traveling, watching movies and crocheting with her mom.

We’re so proud of Pooja and can’t wait to see what her future at Trace holds.