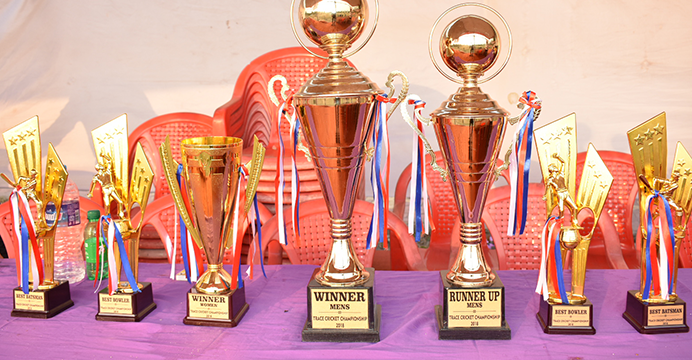 A few months back, nearly 150 Tracers gathered for our Annual Cricket Tournament. With a total of 10 teams participating, the competition was stiff!

8 teams entered the Men’s Cup with the hopes of taking home the grand prize. The matches were competitive, but defending champion President X1 and Team Elite separated themselves and made it to the finals. In a legendary and exhilarating match, President X1 came away with another victory! We also gave out awards for the Best Batsmen (Omkar Dhanawade) and Best Bowler (Munaam Gazzali).

In a rematch of last year’s finals, the Cricketing Divas took on the Trophy Fighters. This match was a true battle and both teams refused to give up! In the end, this hard-fought competition ended in a draw, with the teams sharing honors of being named champion. Sam Thakur, Trace’s General Manager of Mumbai, weighed in with his thoughts.

“Even though it was the busiest month in the history of Trace, the teams practiced hard for the big event. The event was nothing short of professional cricket tournament with a nail-biting final match and women’s match ending in a draw.”